East Africa-focused oil and gas company Wentworth Resources has announced the first gas delivery from its Mnazi Bay Concession in southern Tanzania to the country’s new transnational pipeline. Two wells are now producing, with the three remaining wells expected to be put in production in the coming months. Initial production volumes will be used for commissioning purposes and to fill the pipeline, with production rates expected to increase to 70 MMcf/d by October this year and 80 MMcf/d by the end of 2015. The Mnazi Bay joint venture partners have agreed payment security terms with Tanzania Petroleum Development Corporation (TPDC), the buyer of the gas, and various other parties. 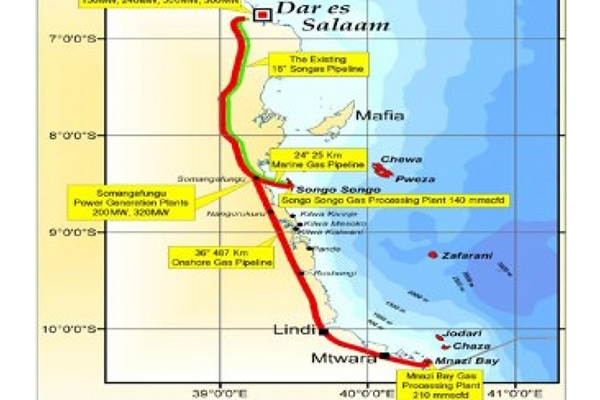 Wentworth Managing Director Geoff Bury said “We are very pleased to announce that production from Mnazi Bay has now commenced and the Mnazi Bay joint venture is the first supplier to the new transnational pipeline in Tanzania.


Concluding the payment guarantee and starting production in our Mnazi Bay gas fields are pivotal events for Wentworth and underpin the long-term viability of our operations in East Africa and our partnership with TPDC.”