PT Pertamina Gas (Pertagas), a subsidiary of state owned oil and gas company PT Pertamina, has kicked off the construction of Porong-Grati gas pipeline, with a length of 56 kilometers in East Java.

Pertagas President Director Hendra Jaya said the groundbreaking of the Porong-Grati project was aimed to meet the gas needs of PLN power plant. He said he hopes that industries along the pipeline will also gain benefits as they can use gas transported through the pipeline. 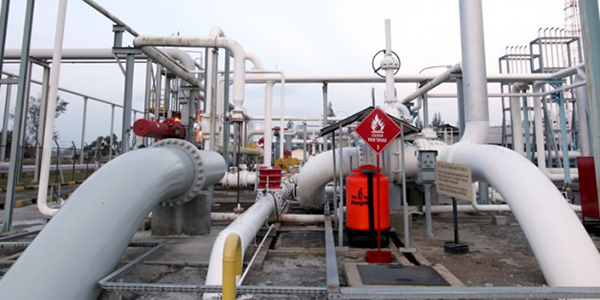 The pipeline will pass through two regencies in East Java, namely Sidoarjo and Pasuruan regencies. The pipeline is designed to transport 122 million standard cubic feet (MMSCFD) per day.

The pipeline will be 18 inches and is expected start commissioning in the third quarter 2015.

The Porong-Grati pipeline is one of among pipeline projects that have been and will be developed by Pertagas. Recently, the company has completed the construction of Arun-Belawan pipeline along 350 km in North Sumatera. The company will also start the construction of Gresik-Semarang pipeline. He hopes that the local governments support he company’s plan as it will help stimulate local economic growth. (*)